James W. Versocki began his career an Assistant Attorney General in the New York State Office of the Attorney General’s Labor Bureau. While at the Attorney General’s office his practice focused on the enforcement of a wide range of labor and employment laws, including handling numerous complex civil and criminal white-collar prosecutions involving the construction industry. James’ prosecutions focused on prevailing wage and wage-and-hour enforcement throughout New York State and resulted in numerous criminal convictions, civil settlements, and the recovery of tens of millions of dollars for the residents of New York State.  James’ experience prosecuting these cases affords him a unique insight into the construction industry and applicability of New York State and Federal labor laws in that industry. This experience also allowed James to assist in the drafting of proposed legislation and provide guidance to Department of Labor investigators in wage-and-hour enforcement matters.

In 2009, James was appointed to the New York State Restaurant and Hotel Industry Wage Board by then Commissioner of Labor M. Patricia Smith.  The Board’s work resulted in the restructuring of the two separate industry wage orders into one wage order with a focus on clear, concise guidance to employees and employers.

Since joining the firm, James has actively guided unions, Taft-Hartley Funds, and Joint Apprenticeship Training Committees through government investigations and advised them on recent developments in New York State and federal labor laws.

James is a member of the U.S. and New York National Employment Lawyer’s Association, the New York, Nassau and Suffolk  County Bar Associations.   He is also an active speaker and former member of the Professionals Committee for the International Foundation of Employee Benefit Plans, a nonprofit organization dedicated to being a leading objective and independent global source of employee benefits, compensation, and financial literacy education and information.  In 2016, James was named Who’s Who in Labor Law by the Long Island Business News.  He is currently an adjunct professor at Long Island University where he teaches introductory law classes and he is a proud member of the adjunct professor’s union. 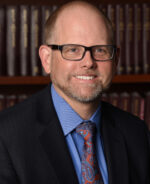