John H. Byington III is a founding partner of ABGL.  He concentrates his practice in the areas of labor Law, ERISA, and employee benefits law, bankruptcy, and construction law litigation. He practices in the federal district and appellate courts, bankruptcy courts, state courts, and before federal and state administrative agencies, such as the National Labor Relations Board, the U.S. and State Departments of Labor, and the Public Employment Relations Board.

John represents labor unions and their affiliated benefit funds in all aspects of operation, from litigation and administrative proceedings and investigations, to the day-to-day administration of union and benefit fund business. Clients call on John to handle not only the more traditional labor and fringe benefit matters, such as organizing and strategic campaigns, collective bargaining and enforcement of collective bargaining agreements, and benefit claims, but also in other areas of law involved in running a union and its affiliated benefit funds. John’s representation extends to all areas involved in the business of running labor unions and employee benefit funds, such as real estate and commercial transactions, regulatory matters involving governmental agencies, and personnel matters.

John has also represented unions and benefit funds in a variety of bankruptcy proceedings, involving such matters as perfecting claims as creditor of a bankrupt company, avoiding bankruptcy discharge of debts against bankrupt employers and their owners, and overcoming claims for return of payments made to clients by bankrupt companies pre-bankruptcy, as preferential transfers under the Bankruptcy Code.

John’s representation of building trades unions in the construction industry has also involved complex and cutting edge legal issues, involving the intersection of labor and construction law. These issues range from matters involving federal and state prevailing wage statutes, to lien law and construction bond claims, as well as successfully litigating challenges to project labor agreements. For example, John has won for union members not only wages and benefits against a payment bond for work on a construction project, but also for “strike time” provided under the union’s collective bargaining agreement. Morin v. Empiyah & Co., LLC, 389 F.Supp.2d 506 (S.D.N.Y. 2005).

John has successfully litigated other cases involving novel issues of labor and non-labor law as well, such as a dispute over ownership and control of a local union hall, in which federal labor law was held to control over contrary principles of state corporate law. 325 Bleecker, Inc. v. Local 747, 500 F. Supp.2d 110 (N.D.N.Y. 2007).

John is a tenacious and effective litigator on behalf of labor unions, union members, and the union benefit funds he represents 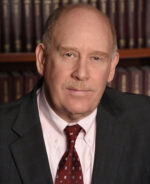