Robert M. Archer is the Managing Partner of Archer, Byington, Glennon & Levine, LLP (“ABGL”). Mr. Archer is very active in representing labor and employee benefits clients in the building trades entertainment and service industries. Bob has achieved national attention as an attorney in areas such as ERISA administrative and compliance issues, sophisticated construction labor issues such as guidance and counseling on project labor agreements and mergers of employee benefit plans.

Bob’s expertise is not limited to labor and employee benefits in the multiemployer area. As Working Chair of the ERISA Advisory Council, an elite group appointed by the U.S. Secretary of Labor, he was responsible for preparing a report on Section 401(k) revenue sharing and related compliance issues, as well as recommending various fiduciary areas for the U.S. Secretary of Labor in the aftermath of the Pension Protection Act.

Bob served as an Attorney, Supervisory Attorney and Deputy Regional Attorney at the National Labor Relations Board from 1972 until 1980. He began his career in law as a Legal Assistant, Organizer and Collective Bargaining Coordinator for the Eastern Conference of Teamsters/International Brotherhood of Teamsters, where he worked from 1965 until 1970. Mr. Archer was a Captain in the United States Army from 1970 to 1972.  Prior to founding ABGL, Bob was a Senior Labor Partner at Meyer, Suozzi, English & Klein, P.C. where he also served as a long-term member of the Management Committee of the firm.

In March 2006, Bob was appointed by the U.S. Secretary of Labor, Elaine L. Chao, to the U.S. Department of Labor’s ERISA Advisory Council. In his tenure, as a member of the ERISA Advisory Council, he was Co-Chair of the Council’s Working Group on Prudent Investment Processes, as well as the Chair of the Working Group on the Fiduciary Update of the Pension Protection Act and 401(k) Revenue Sharing.  As noted in his service on the Secretary of Labor’s ERISA Advisory Council, he has prepared a Report on Prudent Investment Practices and Chaired the Council’s Report on PPA Fiduciary Update and 401(k) Revenue Sharing.

Bob is rated “AV” by Martindale-Hubbell, the highest level in professional excellence and ethics.

Bob’s achievements have not only been acknowledged by the U.S. Department of Labor, but also by the AFL-CIO Lawyers Coordinating Committee in appointing him to their Board of Directors. Mr. Archer was recognized in 2007 by the Long Island Business News in its Who’s Who of leading labor lawyers in this area. Mr. Archer serves as a Professor of Labor Law at Hofstra University School of Law in Hempstead, New York.  He is also a member of the Nassau County Bar Association, the Labor and Employment Law section of the New York State Bar Association, the Labor section of the American Bar Association and the Suffolk County Development Committee. He is also a member of the Board of Advisors of the Hofstra University Center for the Study of Labor and Democracy.

Bob’s expertise in the area of construction labor law and employee benefits has been recognized by a number of New York State governmental agencies who have consulted him on issues such as contractor responsibility, DOL compliance and other related areas. 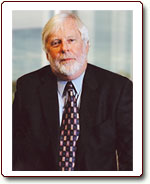